with us you are in safe

Home
Products
About Us
Factory Tour
Quality Control
Contact Us

The push button switch, also known as the control button, is a low-voltage electrical appliance that is manually and generally can be automatically reset. The button is usually used to issue a start or stop command in the circuit to control the on and off of the electrical coil current of the electromagnetic starter, contactor, relay, and the like.

The push button switch is a kind of electric device that is used to switch on and off the small current circuit when the action is released. Generally used in control circuits with AC/DC voltage below 440V and current less than 5A, generally do not directly manipulate the main circuit, and can also be used in interconnect circuits.

In actual use, in order to prevent misoperation, different marks are usually made on the buttons or painted with different colors, and the colors are red, yellow, blue, white, black, green, and the like. Normal red means "stop" or "dangerous" operation; green means "start" or "on". The emergency stop button must use the red mushroom head button. The button must have a metal guard ring and the retaining ring should be higher than the button cap to prevent accidental actuation of the button and cause malfunction. The button plate and button box of the mounting button must be metal and connected to the mechanical main ground bus.

2. Can be used in explosive gas atmospheres of Category IIA and II B IIC where the temperature classification is T6.

5. Widely using in the fields of oil, chemical industry , spaceflight ,war industry and so on.

Classification of the button switch: 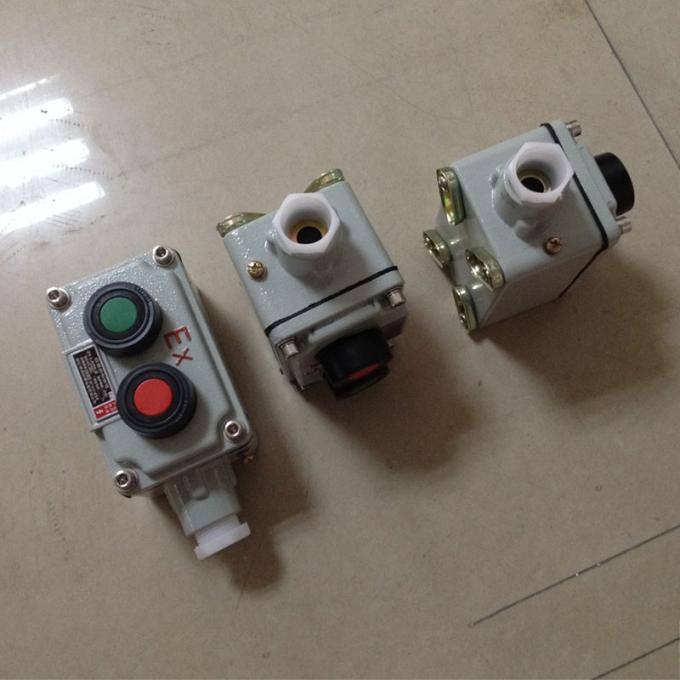